While twitter is the most popular social media platform to voice out whatever one has in his/her mind, I've decided to do it here. My friends follow me on twitter and I don't want them to see this side of me that is so stupid and dramatic.

So here is our story:
After a heartbreaking incident that has wrecked me for weeks and has made me lose a few close friends in the process, then several days after the incident, the guy I was dating told me that he will pursue someone else, Ive decided to give online dating a try. I created a tinder account. While I've met a lot of guys, there is this guy who stood out among the rest. I hesitated at first if I should swipe right because he doesnt look like my type at all. But since he looked like he is well travelled and he actually exerted an effort in writing his bio, I swiped right. That was also the same day I wanted to delete my tinder account as it has already bored me. So, it was untypical of me to send a message first then that same night, asked for his number. I did that so we can still keep touch after I delete my tinder account. I enjoyed every exchanges with him. We didnt run out of things to talk about. He was so thoughtful and warm and nice. I badly wanted us to go out immediately. Unfortunately, he already had plans and I have classes in the evenings. He told me that he wont be free until next weekend, which was 10 days from that day. Then, that same day(day after we matched), he said he will be going to St. Jude in the morning of the next day so he can meet me after the mass. He said he will be free by 10 AM. Since I am not a morning person, a date as early as 10AM is a problem. But hey, I wanted to meet him as soon as there is a chance, so I agreed.

Then came that day when we met. He messaged me at 8:45AM that he is already done with mass. It means 1hour earlier than planned. Since I ddnt want him to wait, I got ready immediately. Believe me,e gready to meet somebody youre interested in for the first time, while youre hungover, is a challenge. Thanlfully, by 9:15, I was all set. I was wearing my then favorite white shirt with my orange shorts. My face was bare and not a single trace of make up can be seen. My hair was lightly damp but I prefer looking plain that have a person wait for me for a long time. I met him in front of a bank close to my apartment. I told myself "aaaah, this guy is someone I will not have feelings for. He is not my type." Little did I know that this guy who I thought I would not get attached to back in Day 1, would make me cry a lot of times.
Posted by missmeggy at 7:19 AM 1 comment:

How I've Moved On After A Heartbreak Due to Cheating


When I moved to Norway during the start of spring when the country is still very damp and gray, with snows that lasts for an hour but melts almost immediately, I immediately felt uncomfortably lonely and sad. I wanted to come back home after just a few days! A filipino friend who has been living there for more than a year told me that she felt that too and that there is something about the norwegian air that gives this certain level of sadness. This guy and his adorable 2 year old made things tolerable for me. They became my home, my sanctuary.

Things were running smooth and I was starting to gain momentum at work and even around the area as I met new friends and I got involved in different activities. All of a sudden, things changed.

He became friends with a woman who introduced herself to him when he was shopping in Sweden. I trusted him. I trusted her. After a few weeks, they started seeing each other behind my back. He started lying to me, he started making excuses for the several times he had to cancel on me. Then, his friend told me he saw him being intimate with this woman and then a couple of hours after that, he posted a photo of them together. I called his phone and he had the girl answer. That is how the relationship ended. Just. Like. That. They ddnt finish with that. Because days after that incident, they were sending me photos of them together almost everyday. It shattered me. They ruined me. I ddnt know where to start, what to do. But I had to live and move forward. How did I manage?

2. I drank almost everyday. My room felt very lonely and I had difficulty getting a decent sleep(3hrs everyday isnt decent) so 1-2bottles of wine every night helped a lot

3. I came back home here in PH. No better way to handle things than be close to people who matter

4. I continued with the drinking despite being home because it does help with sleep and it gives a temporary relief from feeling like your heart is being squeezed so roughly because of the breakup)

5. I stopped following him on different social media. 2 months after that, when I saw a pic of them together, it did not affect me that much. This one I think is the most effective way to move on.

6. Be with friends you can do activities with. If it's drinking, then cool. If it's going on foodtrips, even better.

A year after the break up, he communicated with me. They're still together and they're even engaged! While before, I wanted them to not work out as they both cheated on their partners to be together, that time, I was genuinely happy for them.

During the first month after the breakup, things were difficult and very painful but when I looked back a year after, I was surprised that I was able to go through such a rough time. If he wants to be with me, would I take him back? Definitely not. And I am sure of that because he did tell me he wanted me back, twice. First was the day I got back here in PH, from Norway. And the second time was when he got in touch a year after. But I told him that we should just be friends although honestly a part of me wanted him back. But here we are now, better off as friends 😊
Posted by missmeggy at 9:18 AM No comments: 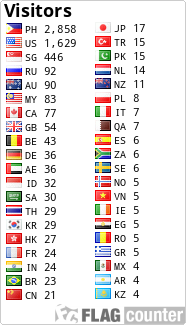